I just could not resist the offer anymore, as Linx 7 tablets started selling locally selling for 69€. I was intrigued what kind of tablet device can you actually get for that little money. We know that the cheapest smartphones in that price range have been forced to compromise the user experience quite heavily to reach similar price point.

I actually ended up buying a 10€ more expensive Lamina T-701 variant of the same product. Based on Internet sources these two devices are identical, with the exception of the perhaps more stylish “champagne” color of the Lamina. Globally there seem to be many (nearly) identical products offering similar set of features, for the similar price. 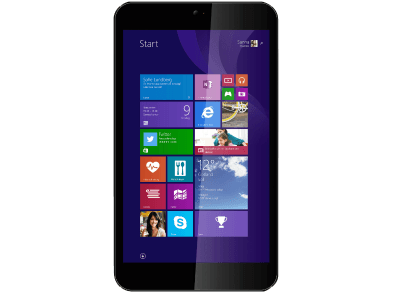 Quite a lot actually.The Linx and Lamina both come with decent packaging, USB OTG adapters included, and nothing about the look and feel of the device suggests rock bottom pricing. Its not premium, but definitely sufficiently well built and faily solid construction. Quite comparable to my old ASUS Nexus 7 (2012) which was cheap at the time, but still priced about 4 times higher than these new units.

The display panel is decent, even though the resolution is on the low side by today’s standards (800x1280). Touch accuracy causes no complaint and it even comes with a pre-installed screen protector film. Internal storage capacity is also OK at 32GB, and SD card slot is available, but the performance limiting factor is the tiny 1GB RAM. The Intel Baytrail chipset Z3735G has 4 cores which run up to 1.83MHZ frequency - this gives the tiny tablet plenty of oomph!

The end result is a nice device which runs the full Windows 8.1 quite nicely and will receive the highly anticipated Windows 10 update soon. Basic functions and apps, such as email or web browsing run snappy. I installed Google Chrome and ran the Futuremark Peacekeeper benchmark, and Lamina 7 scored around 900 points, which is a respectable number. It is worth noting though that the Windows’ built in Internet Explorer offers the smoothest browsing experience on this hardware. I plugged the device to my 50" / 1080p plasma via a HDMI-cable, and the the device was able to play 1080p Youtube video on the second screen without a hitch - that’s quite impressive, if you ask me!

What is it good for?

These tablets come with the Windows 8.1, which makes the user experience a mixed bag. The Modern UI (aka Metro UI) is smooth and easy to navigate, and the tablet runs the apps like a breeze. The problem is the availability of the apps - the current store offering is simply terrible. Even most of the biggest application titles are missing (Instagram, Snapchat, WhatsApp…list is long) and many of the apps available are simply of bad quality and/or stripped down versions (Hello Twitter!). Microsoft, and I, are hoping that Windows 10 would finally imrpove the situation but that remains to be seen.

But Windows is not a dumped down OS for portable devices, like Windows Phone/iOS/Android. You also have the full desktop experience and complete access to anything without rooting or jail breaking the device. This enables you to use the device as a platform for all kinds of geeky projects, but it also means you can brick the whole damn thing just by pressing the right buttons on the UI. This means that this is not a device for an 6 year old or a senior citizen. The flip side of the coin is the endless possibilities as you could…:

Possibilities are endless and only limited by your imagination and the 1GB RAM limit.

Overall the Lamina 7 / Linx 7 offers very good value for the price, especially if you are a bit of a geek like myself. It serves the basic purposes of a tablet device, although the functionality is limited by the terrible app offering. In addition it offers you an affordable and portable development platform for many kinds of little home projects - it is very comparable to the new stick-PCs, or hobbyist platforms like the Rasperry Pi, but with an included touch display and somewhat stylish casing.

Would you buy one and what would you do with it?

Quite interesting. Thanks! Mpc had an article recently about the cheap Windows tablets, and their feelings if memory serves me right, were quite different. Might be a good option for a htpc with a wireless keyboard.

Where did you get yours?

In Finland the Linx is distributed by Tokmanni. The Nordic electronics retailer Expert is selling Lamina. In Sweden at least MediaMarkt is a Lamina retailer.

Some more findings after few more days of usage:

I have not read the MPC article, but your comment raises some doubts. Linx is very popular in the UK at least, and you can find many positive reviews around the web. And of course you have to consider the price when evaluating the product.

Personally I would have gone for the Lenovo Miix 2 (~159€), which has 8" screen and 2GB RAM, but the lack of HDMI was a deal breaker. Wisky tablets offer a sharp screen, 3G connectivity and 2GB RAM, but their MMC storage is only 16GB - in my opinion that is simply too low as big games can take hundreds of megs.

And one more thing - if you are looking to build a tiny HTPC, you should look into the new stick PCs. They come around 100-150€ also featuring the Baytrail chipset and some can run Ubuntu as an alternative to Windows 8.1/10.

Personally I will look and see how the Windows 10 turns out and if I like it a lot as a tablet, then I will consider a bigger and more powerful device. Perhaps a convertible.